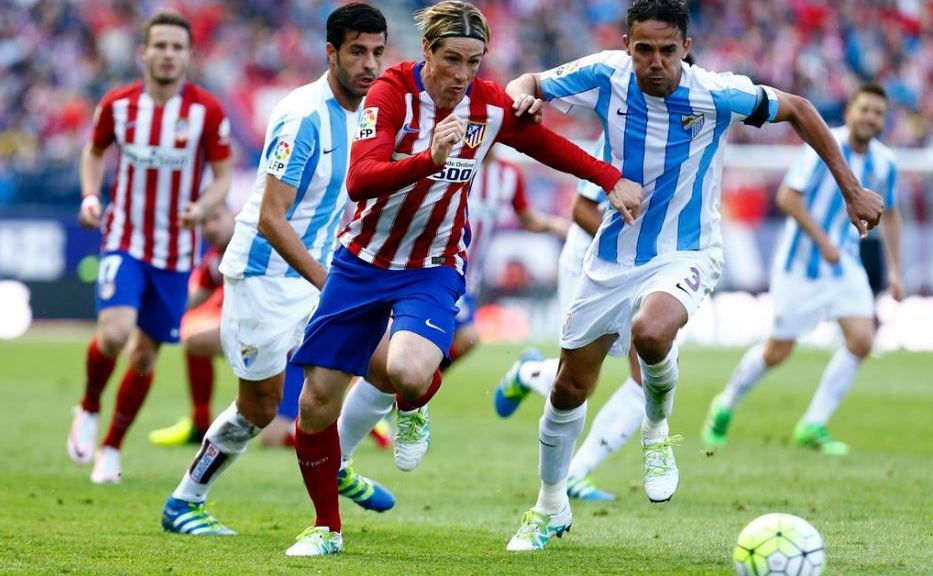 What do you get for the man who has everything?

For Fernando Torres, a man who has won the World Cup and European Championships (twice) with Spain, Champions League, Europa League and an FA Cup with Chelsea; the chance to deliver a first European Cup to his boyhood club Atletico Madrid may just eclipse all previous glories.

There’s an air of manifest destiny around Atletico’s march to Milan for the Champions League final and the prospect of revenge against arch-rivals Real Madrid.

Two years ago, the then recently crowned La Liga laureates Atleti were seconds away from their first Champions League title before Sergio Ramos’ injury-time headed equaliser sent the tie into extra-time. Diego Simeone’s side were then mercilessly put to the sword as Gareth Bale, Marcelo and Cristiano Ronaldo scored to inflict a 4-1 defeat and record Real’s tenth European Cup title.

It was cruel on Atleti and Simeone and the scoreline failed to tell the tale of a final where both sides had battled through a fierce cross-city derby on European club football’s highest stage.

The 2014 Champions League final defeat in Lisbon was supposed to be the end for Diego Simeone and Atleti. More fancied and fashionable opponents would surely come knocking for the Argentine coach and the best of his players. Having upset the odds to reach the final, few believed that Los Rojiblancos’ mix of resolute, industrious, counter-attacking football and old-fashioned team-spirit would get another shot at the big-eared cup anytime soon.

Indeed Diego Costa, Filipe Luís and Thibaut Courtois swapped the Vicente Calderon for Stamford Bridge leaving Simeone to re-build, if not re-invent his side.

Eyebrows were raised at El Niño’s return with many believing that Torres, after so many injury-plagued seasons and what seemed to be a crisis of confidence at Chelsea; lacked the battling character required by Simeone.

Diego Simeone and Fernando Torres had been team-mates in Torres’ first stint at the Vincente Calderon and his signing represented a role reversal for the pair. During their time on the pitch together, Simeone had been captained by a young Fernando Torres, and he understood his former team mate could handle his high expectations and bring experience, quality and character to his dressing room of battlers.

It had looked like a strange deal and a sad sign of the times. Having found chances and it seems confidence hard to come by at Chelsea, Torres joined Milan on loan for 2 seasons in an apparent attempt to remove the striker’s salary from the Stamford Bridge club’s wage bill. Six months and two goals later, Torres signed for Milan on a permanent basis before immediately being loaned on to Atleti in exchange for Italian international winger Alessio Cerci.

At Chelsea, Torres had looked like a spent force. Bereft of confidence and a shadow of the player who had lit-up the Premier League and European competitions in his pomp at Atletico the first time round and at Liverpool under Rafa Benitez. Yet he has been revitalised at Aletico and is clearly enjoying his role leading the line for his boyhood club where he is reportedly in talks to make his loan move permanent.

Hometown hero Torres had been schooled in the traditions of los Rojiblancos by his grandfather. If Europe’s elite had doubted him, his move home to Madrid motivated him. The feeling of belonging and an arm round the shoulder from a trusted friend seems to have given Torres his mojo back and he has fitted into Simeone’s plan perfectly.

At Atletico, Torres is not judged purely on his goal scoring exploits. There is equal praise for guts as well as glory. That said, El Niño has averaged a goal in every three games as his big-game experience has seen him score important goals like the one which helped Atleti to their Quarter-Final victory over Barcelona.

Pundits will tell you about Simeone’s legendary work ethic. The much reported “physical battling performance” epitomised by Uruguayan defender Diego Godin, perhaps doesn’t do the team justice. Yes their is steel, yes their is desire and determination, but don’t overlook the ability of players such as Antoine Griezmann and Spain’s Koke to hurt opponents.

Atletico Madrid are not a club to support if you are looking for a quick fix of footballing glory. Winning everything in sight with a team of the prettiest boys on the pitch would never be the Atletico way. It wouldn’t have been the way of legendary former chairman Jesus Gil or coach Luis Aragones, and it certainly is not the way of “man in black” Diego Simeone.

Atletico and Simeone know that they are building something quite special. To the north-east of the city towards the airport, the construction of a new 74,000 capacity stadium stands on the horizon ready for Los Colchoneros to call home at the beginning of the 2017/18 season. Make no mistake, Atleti are building a platform to challenge Barca, Real and Europe’s elite on regular basis.

Atletico fans are on the whole a friendly bunch, they will share a bocadillo, offer you a swig from their wine skins and proudly relay a tale of the times they have given their city neighbours a bloody nose.

Atleti thrive on outsmarting their rivals and after overcoming Benfica, Barcelona and Bayern Munich on their way to the final it would take a brave man to bet against their biggest fan Fernando Torres and Diego Simeone beating Real and Zinedine Zidane in Milan.