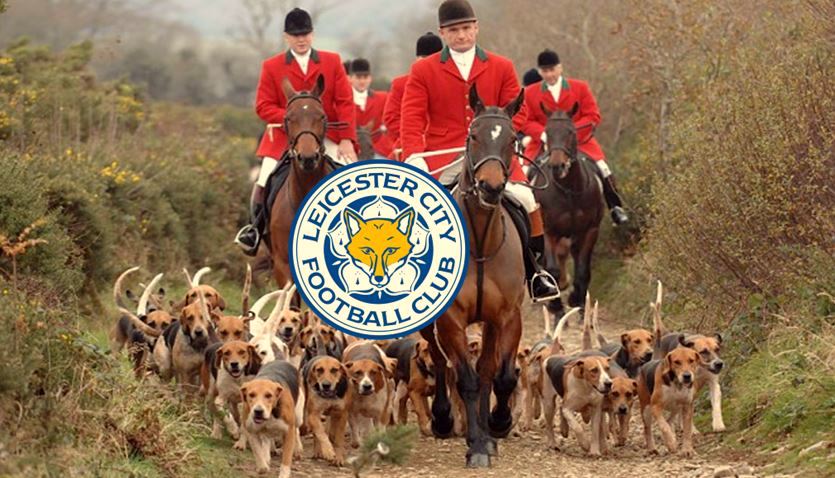 Leicester City’s unexpected Premier League title bid is a “natural consequence” of the ban on fox hunting according to a leading pro-hunt figure.

Claudio Ranieri’s men have upset the odds this season, coming from 5000-1 outsiders to Premier League favourites, in a title campaign which has forced pundits and fans alike to challenge everything they thought they knew about football.

But Mike Hunt, 69, of the Highbury & Islington Hunt, has a theory to explain the Foxes’ audacious title bid:

“Leicester City’s title bid is a natural consequence of the ban on fox hunting.”

“Since the Hunting Ban came into force in 2005, we have seen a proliferation of foxes in our towns and cities. They have become less fearful of humans and more confident in their environment.”

“Last season we began to see a more confident Leicester City, though at the time, their focus was on survival. Yes they hunted well but mainly in Leicestershire,” Hunt continued.

“This season, the Foxes have become more confident in urban environments making successful raids into Manchester and London. It is the sheer audacity of these Foxes which has surprised most people.”

“It’s as if they do not know their place in the food chain.”

In a season of unprecedented unpredictability, the Foxes have so far out-foxed Arsenal, Tottenham Hotspur, Manchester City and with just 8 games to go, they are 5 points clear of the chasing pack.

The emergence of Jamie Vardy, Riyad Mahrez and N’Golo Kanté have been obvious factors in the Foxes’ rise to the top, but much credit must be given to Ranieri and predecessor Nigel Pearson for moulding a squad of players hungrier than their more fancied opponents.

In contrast to his “tinker-man” reputation, Ranieri has kept a settled team throughout the season allowing players to form instinctive partnerships and foster a team spirit which has translated itself to the stands where the King Power Stadium has become a fortress for the Foxes.

Leicester have played to their strengths, utilising the pace and power of Vardy and Mahrez in a counter attacking 4-4-2 formation, these days a rarity in Premier League football.

Whether Leicester City can win the title remains to be seen but this season will be remembered as the year the hunters became the hunted.

One thought on “Foxes’ title tilt “result of hunt ban””