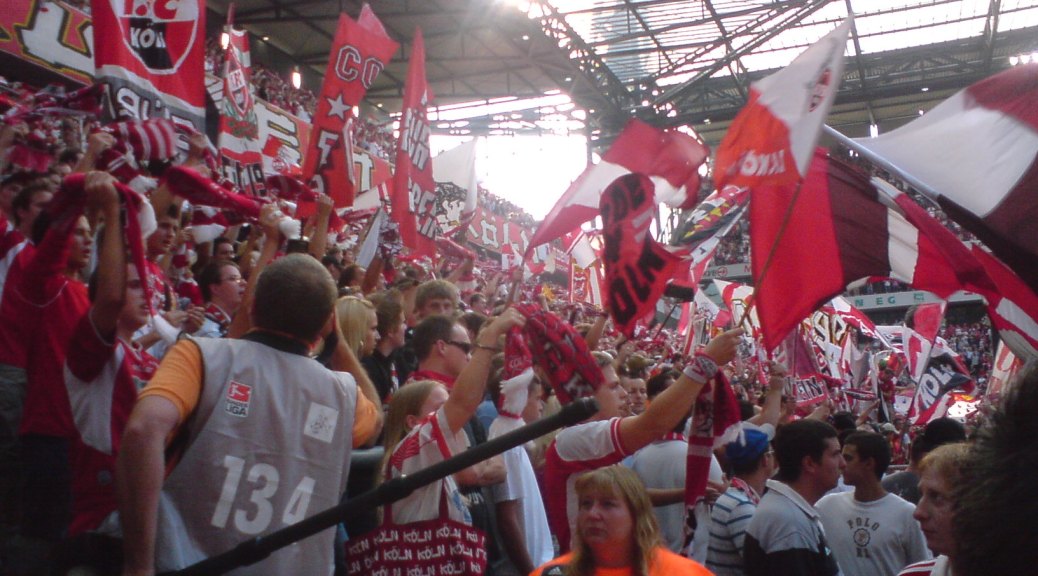 From Wembley, to Old Trafford, to the Emirates, every weekend, tens of thousands of fans choose to stand in front of their seats in English football’s all-seater stadiums; prompting calls for the introduction of “safe-standing” sections in Premier League and Championship stadia.

In August, the Liberal Democrats made a pledge that they would allow clubs to introduce standing sections to English stadia in their 2015 General Election manifesto. Rather than a return to the vast expanses of terracing seen in the 1980s, the party proposes the adoption of the “rail seating” system already in operation in top European leagues such as Germany’s Bundesliga.

The Football Supporters Federation has for some time lobbied for the return of standing sections and dozens of clubs including Aston Villa, Crystal Palace, Swansea City, and Hull City have all recognised their fans’ demands by signaling their support. North of the border, whilst all-seater stadia are no longer a condition of entry to the Scottish Premier League; Celtic were blocked by Glasgow City Council when they announced their willingness to trial safe-standing. Elsewhere, Bristol City have installed rail seating at their Ashton Gate home, although the facility can only be used by Bristol rugby supporters who share the ground.

Safe standing offers supporters choice. Those who prefer to stand may do so in a safer environment, whilst those wishing to remain seated can do so without impairment to their view.

Rather than the current system which provides little more than an ankle level trip-hazard to a standing supporter, spectators are protected by a waist-high barrier. Each section is strictly ticketed to prevent overcrowding and stewards are spared the constant need to remind spectators to “sit down” which often leads to confrontation and a more hostile atmosphere; particularly for visiting supporters.

Football has changed since Lord Justice Taylor’s report into the 1989 Hillsborough Stadium Disaster where 96 Liverpool fans lost their lives and many still regard the idea of “safe-standing” as a misnomer. Whilst the Taylor Report found that standing itself was not inherently unsafe and primarily blamed overcrowding, stadium layout, and poor policing for the tragedy; the recommendation that all grounds in the old First and Second Divisions of the Football League should be all-seated by August 1994 was backed by Margaret Thatcher’s Conservative government. Football, with its reputation tarnished, was in no position to negotiate.

English football had become a poor relation to its European counterparts by the late 1980s and having been banned from European competition for 5 years following the Heysel Stadium disaster; top British players were being lured overseas for higher wages. With crumbling stadium facilities, hooliganism and dwindling attendances, something had to change.

Rebuilding English football would cost money. Money the clubs could ill-afford. In 1991, members of the First Division’s top clubs issued plans for a breakaway league. The Premier League was born.

Able to renegotiate marketing contracts, Satellite TV riches flowed into English football and the game has never looked back. Female and family audiences were attracted to the game, watching the world’s best players in safe, state-of the-art stadia. The Premier League has become a global phenomenon, considered to be one of the world’s leading competitions. Many fear that bringing terraces back will herald a return to the dark old days.

Yet to others, the globalisation of English football has amounted to the selling of the game’s soul. For over a century, supporters were the lifeblood of their clubs. Today, whilst the price of football continues to rise, fans attending matches contribute only a fraction of the revenue international TV audiences provide. Football’s traditional support base is increasingly becoming priced-out and exists as a mere backdrop for TV directors to cut to in breaks in play, or a back-story for 24-hour news channels reporting on under-fire managers.

If England’s Premier League has seen the development of identikit bowls of polite audiences and the march of the prawn-sandwich brigade, Germany’s Bundesliga has become known for its atmosphere and affordability. With an estimated 1,000 English supporters taking their place in the “Yellow Wall” at Borussia Dortmund’s Wesfalenstadion on a weekly basis, the German match-day experience is highly coveted.

Terracing is still permitted in English football’s lower leagues with clubs promoted to the Championship for the first time given three years to convert their grounds. Yeovil, Peterborough and Brentford have all maintained terracing sections providing a throw-back for fans visiting Huish Park, London Road and Griffin Park respectively.

With progress in safety and surveillance technology, stadium design has moved on significantly with continental clubs providing an example for English clubs and authorities to consider. However, any move to return to terracing must be driven by individual clubs’ choice and handled with sensitively and respect to the victims of the Hillsborough disaster. Above all, safety for supporters is paramount and trials of small-scale standing sections at willing clubs should be explored in full before any permanent shift in legislation.

Yet if standing is permitted at rock concerts, at other sports including both Rugby codes and has been shown to work safely across Europe; why should fans in the Premier League and Championship not be allowed the right to stand and be entertained?

The debate is finally gaining momentum and for fans up and down the country looking for a more atmospheric and affordable matchday experience, it may be time to make a stand.

3 thoughts on “Time for fans to make a stand”