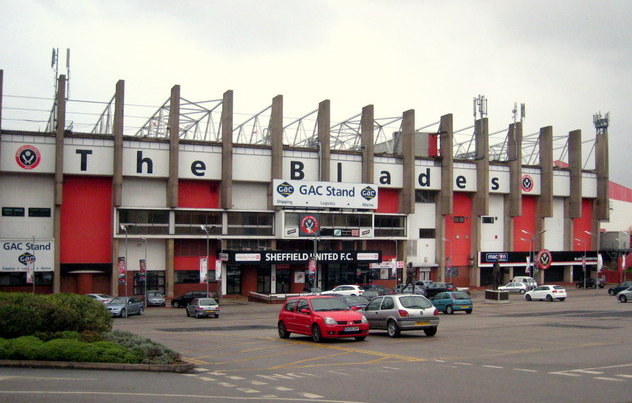 From the vaults: A personal view of QPR’s first away game of the 2010/11 season, a campaign which ended in a triumphant return to the Premier League – originally posted on www.qprdot.org Sunday 15th August 2010

Sometimes I wonder why I do it?

If we’re lucky, we might get 70 or 80 years on this planet and to be honest, I’ve probably squandered the last 25 of them following football. What do I have to show for it?

As a boy I would be either kicking a ball around, reading Shoot! or Match! or watching whatever Footy was on one of the 4 measly channels we had back in those days. Homework got pushed to one side, I got B grades instead of the A’s my potential would have allowed for, but I could name all 92 football league clubs’ grounds and had already visited a few of them. I could tell you who’s shirt a man was wearing from 20 paces. ”Definitely Oldham that one, you can tell by the collar.”

Slipping into adulthood gave me a sense of some perspective. Out went Shoot! and Match! and in came alcohol, women and work. Not necessarily in that order. To be honest, due to an addiction to LMA Manager, the last 2 became more and more infrequent visitors.

So why do I do it? Why do we do it to ourselves? Well, yesterday served as a welcome reminder.

Setting off for Sheffield from St Pancras on the 09.55 Midland Trains Service, there was an air of confidence among the, in some cases already on their way to being inebriated Rangers faithful. A Warnock side wouldn’t just roll over and let the opposition tickle our tummies in the same way previous QPR sides have done in the past. That said, we would almost to a man have been happy with a point.

So, after two and a bit hours of stop start travel the day truly got under way with a visit to the magnificent Sheffield Tap on Platform One of Sheffield Station. Ambling up to the bar, the choice of beers facing us was jaw dropping. Boy in a sweet shop stuff. ”I want that one! No wait, I want that one too!” You can see how this story ends can’t you?

”Hogan’s Cider” literally spoke to us. Those sweet tasting apples said, ”drink me and my namesake will score within the first 20 minutes.” So it is written. So it will be.

Great company, a lot of familiar faces, a few too many and hang about, isn’t there a reason we came to rainy Sheffield?

At roughly 14.45 hrs it was time for a brisk walk down to Bramall Lane. Blades fans not looking too confident, the staggering Rangers support, already in good spirits makes it’s way into the ground and asks, “is that net thing above us meant to stop the Blades fans from chucking stuff down on us?!” The rain had stopped falling, we had Taraabt and Faurlin, all is good with the world.

We started confidently and from the back of the stand it was difficult to hear any of the Paddy Kenny bashing we had expected.

Superb, buoyant, vocal support from the assembled R’s fans. Rangers knocking the ball about, Tarabat or whatever he’s called is giving us confidence, as are Faurlin and Derry in the middle. Taarabt then releases Hogan and the man who has the cider named after him is bearing down on goal. He must score. He has to score. He’ll f*ck this right I just know it. He’s still on his feet, his arms are still flapping, his tongue’s still hanging out but he . . . slides the ball goalwards . . . and . . . YEE-EE-EE-ES!!!! YOU R’S!!!

Minutes later, it feels like only seconds later, Hogan has the ball again, sends over a hanging, looping ball over from the right which evades everyone bar Jamie Mackie who ghosts in at the back to nod us 2-0 up! WONDERLAND!

It can’t get better than this. Do a job now Rangers. Just do a job on these miserable Northern clowns.

Yet we’re somehow not finished. Unbelievably we have the ball and the initiative again, Heidur has the ball in the opposition box, he’s looking around, he’s been scythed down, hang about!?! That looks completely unnecessary and he’s given it!

Whilst jumping around like a lunatic I miss the fact that Tabarat or whatever he’s supposed to be called has seized the ball. He’s placed it on the spot and it’s in the back of the net before you can say Moroccan Magician. Don’t ask me for details like which way he placed it. Who cares!?!

We just need to make it to half time now. United keep threatening and although I’m concentrating on mocking Blades fans, clapping and singing, I’m relieved to see a strong penalty appeal turned down by the ref. Nice one. Three nil up at half time.

The second half largely passes by without too much incident. Blackpool are apparently winning, my phone keeps going with people asking if I’m at the game and Fitz Hall gets injured. The United fans hear a fire alarm and head for the exits. Kenny gives us a cheeky 3 fingered salute to remind us of the score. Nice of him really.

The final whistle goes, the stadium empties and along with a fair few Rangers fans we head for a couple more pints in the Rutland Arms where the home fans are an absolute credit to their club and to their city. We’re in there for about half an hour until news breaks of Kevin Blackwell’s departure and suddenly a cheer goes up and the Blades fans feel like they’ve won. Fair play to them, they didn’t like Kenny but still had a lot of time for Colin.

Stopping for one in the Howard, as we are contractually obliged to do as away supporters, it was soon time to make our way to the station and onto the home-bound train.

A couple more cans, a few Zzzzzzz’s and a chicken kebab before a safe journey home and Match of the Day round off a triumphant day.

Something tribal is roused on away days and yesterday we came, we saw, we conquered. We know that everyday can not be like this but when they are, these days are all the sweeter for those cold afternoons up and down the country where we just haven’t turned up. I pity my friends who get excited about Liverpool v Arsenal, the armchair supporters. They just don’t get it. Lovely as they are, they’re really a bunch of chumps. I wish that somehow they could truly experience those high points that make it all worthwhile. I can’t give them a pill like that Morpheous bloke in The Matrix so sadly, they’re lost. Thinking they’ve got the lot with their poncey Champions League and Amstel adverts.

So that’s why I do it. Remind me when I winge on about all the humdrum about a Rangers performance that actually, the game and the result are only a small part of it.

But boy does it help when you go away from home and win three nil.